What Zelenskyy teaches us about leadership

“How can a president not be an actor?”

Ronald Reagan quipped when questioned how an actor could be president. 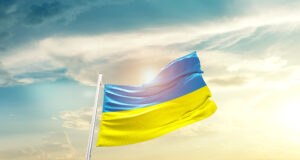 History often repeats itself, and we have another great communicator as president. Like Reagan, Volodymyr Oleksandrovych Zelenskyy was a b-rate actor (you can watch his TV show, Servant of the People, on Netflix).

And also like Reagan he has stood up to the Soviets. Just like Reagan, Zelenskyy has mastered the one-liners. Reagan called for Mr. Gorbachev to “tear down this wall,” and Zelenskyy says, “I want ammunition, not a ride.”

But what more can this Churchillian figure of the 21st century tell us about leadership?

Don’t hide in your bunker.

Swapping his suits for fatigues, Zelenskyy is out on the streets with his soldiers. He looks equally comfortable talking to his soldiers as he does pleading with Western leaders for support. By not hiding, he is rallying his people, showing them that he’s one of them. When you see your leader out there fighting just like you, you feel like you’re both part of the same mission. And when he was asked to fight or flee, he chose to fight.

Nothing inspires your people more than clearly demonstrating you’re willing to endure what they endure, fight where they fight, and win in the end. At the height of the bombings in England in World War II, only a small fraction of Britons actually thought they could lose. Ask the average Ukrainian on the street, and they’ll probably share the same belief. Their leaders inspired them to believe they could accomplish anything, even when the bombs were flying.

You have to love that when addressing the Canadian Parliament he referred to Canadian Prime Minister Trudeau as “Justin.” But before each performance he adjusted his stump speech to directly appeal to each country’s audience. He echoed Revolutionary war tones when talking to the United States Congress, where he received a standing ovation. He referenced Germany’s traumatic past when seeking to make a connection with their Parliament.

Adapt to changes on the battlefield.

Now the real test comes. With Russian troops falling back and Ukrainian forces regaining ground, how will Zelenskyy convince his countrymen to negotiate with the forces who have been bombing them into submission. If he stays in character, he will simply continue to be honest and tell his countrymen exactly the facts and where they stand. He’s a pragmatic politician, and may have to make certain compromises for the greater good.

Never give up the good fight.

Churchill famously uttered “Never give in,” and told his countrymen, “We will never surrender.” We see that same inspiration from Zelenskyy. But if he follows Churchill, then he may remember the final words of Churchill’s famous speech: “Never give in, unless for matters of honor and good sense.”

Hopefully this war ends soon, cooler heads prevail, and there can be some type of settlement. But Zelenskyy should heed the advice of his fellow actor: “Trust, but verify.”

One day, someone may be referred to as the Zelenskyy of their times.

John Houle is the owner of JH Communications and Main Street Media and can be reached at 401.831.6123 and at john@jhcom.net.