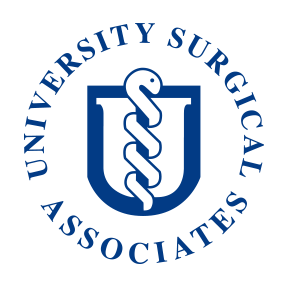 Providence, RI (March 15, 2016) – University Surgical Associates is proud to announce that Dr. Paul Morrissey was recently recognized with the 2015 Milton Hamolsky Outstanding Physician Award for his contributions to developing and ensuring the success of kidney transplant procedures. Along with colleague Dr. Reginald Gohh, Dr. Morrissey was selected to receive this honor by the medical staff at Rhode Island Hospital.

As co-recipients, Dr. Morrissey and Dr. Gohh are the first joint winners of this award: “It is a collaborative approach and it’s nice of them to recognize that,” said Dr. Morrissey. “Dr. Gohh and I have lead the kidney transplantation program for nineteen years and both parts are integral for success.”

The award is named after the late Dr. Milton Hamolsky, an endocrinologist who began his career at Rhode Island Hospital in 1963, serving as the first, full-time physician-in-chief. Hamolsky was also a noted pioneer of medical education in Rhode Island, and Dr. Morrissey was pleased to accept this award in his name: “I was thrilled and surprised when I learned that Dr. Gohh and I were considered for this award,” said Dr. Morrissey. “There are hundreds of physicians at Rhode Island Hospital and to be singled out is a great honor.”

Each year, The Milton W. Hamolsky Outstanding Physician Award is presented to a doctor who has made exceptional contributions to patient care and leadership. Dr. Douglas Shemin, who nominated his colleagues for this award, stated, “Besides being terrific clinicians, Drs. Morrissey and Gohh lecture, teach, conduct research, are involved with national organ donation and allocation policy, and in every way bring distinction to Rhode Island Hospital.”

Dr. William Cioffi, president of University Surgical Associates, commended Drs. Morrissey and Gohh, stating, “To be recognized by your peers is an outstanding accomplishment. Drs. Morrissey and Gohh brought their specialties together to build a nationally recognized program at Rhode Island Hospital. Dr. Morrissey is a compassionate and thoughtful surgeon. We are glad to have him as part of our group.”

Dr. Morrissey is an Associate Professor of Surgery at the Warren Alpert Medical School of Brown University, and the Program Director of the Division of Organ Transplantation at Rhode Island Hospital. He is an enthusiastic runner, who trains for and participates in many local and regional marathons. Dr. Morrissey is a native of Brockton, MA, and has been a Rhode Island resident for the last 19 years.